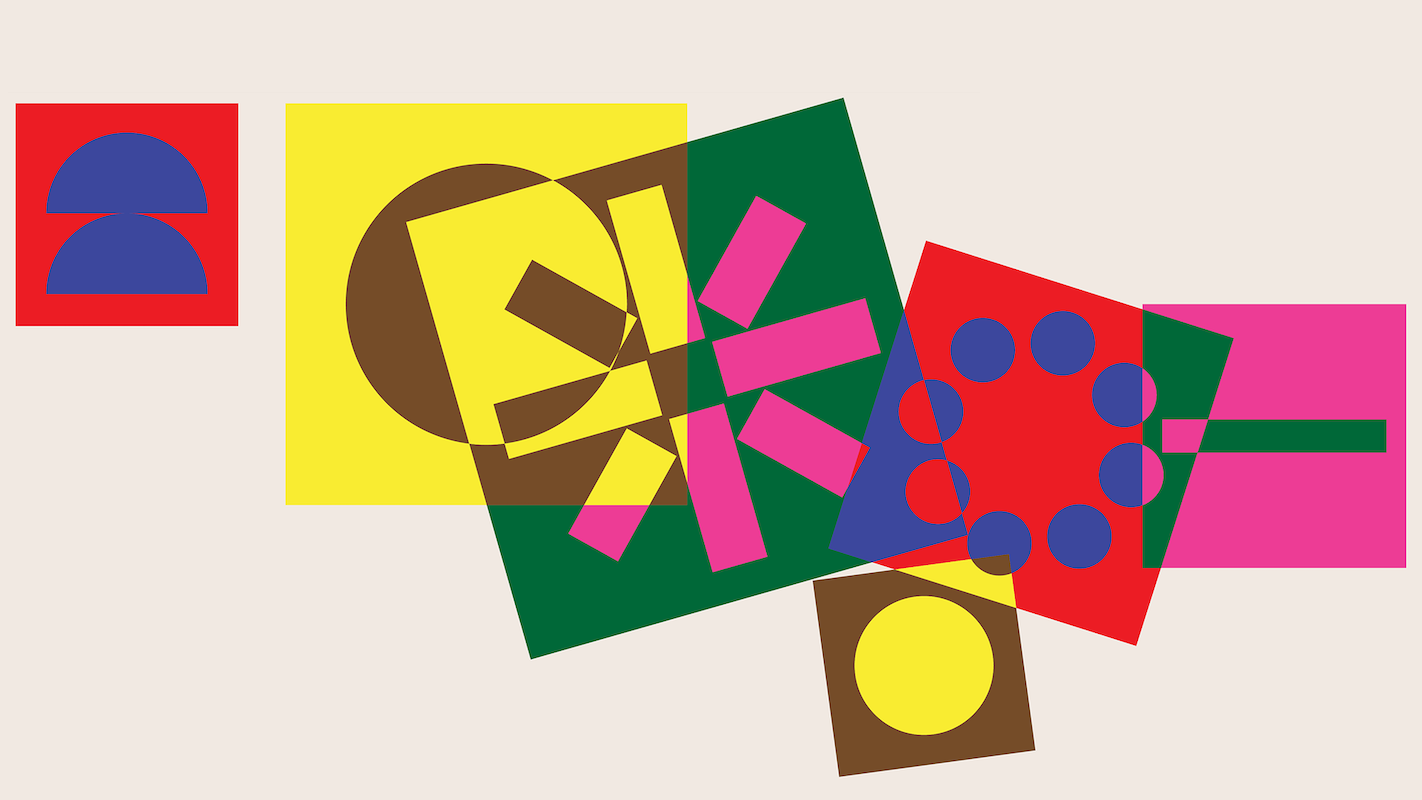 REGISTER NOW
TransForum is an online gathering for trans and gender diverse people to build their capacity in peer support, kick-start new projects and celebrate existing projects within the community.

We will cover how to present an authentic acknowledgement of country, how to access funding for peer support, discuss trauma sensitivity and learn how to share our stories.

The full program is outlined below, reflecting feedback from the trans and gender diverse communities that we work with and are part of.

TransForum has an outstanding line up of trans and gender diverse artists, activists, Aboriginal and BIPOC community members. You can come to as many online sessions as you wish, for free.

We will also be announcing new peer support programs for 2021 and holding space for social mixers, storytelling and drag. Come along and tell us what you’d like more of as we prepare to plan face to face meet ups in the coming months.

Wednesday 17 February
ABOUT THE HOSTS

Rhys Paddick: “Kaya ngaany kwerl Rhys, ngaany koolark Wudjuk Noongar boodjar. Nganyang moort Jones / Paddick, ngaany boodjar Budimia boodjar Hello my name is Rhys, my home is on Wudjuk Noongar country My Family is the Jones / Paddick, my family country is Budimia” As an advocate of cultural leadership and the development of sound educational and training programs. I want to work in environments that can and do create holistic healthy and substantial changes. I have over time witnessed many positive outcomes primarily within the domain of Indigenous education. Emma Gibbens: I’m a political campaigner by trade. My strategic grassroots organising craft has been honed over a decade+ of working on candidate, issue and education campaigns. I was working with WA Labor on the historic 2017 election to elect Premier Mark McGowan. Now working in the not-for-profit sector I work with the Museum of Freedom and Tolerance, which amplifies the voices and stories of marginalised communities, using the arts as a platform for conversation and change.

10.00AM – 11.00AM
With Rhys Paddick and Emma Gibbens
Most people presenting an Acknowledgement of Country will read off a script, ad lib one they’ve heard, or worst case scenario treat it as part of housekeeping. This training will help you with a simple structure and practice of giving an authentic Acknowledgement of Country, facilitated by political campaigner Emma Gibbens, and mentor for Aboriginal koolingars (kids) Rhys Paddick.
ABOUT THE HOSTS

With Son Vivienne and Oliver Ross

11.00AM – 11.45AM
With Son Vivienne and Oliver Ross
What is peer support? Is there an agreed definition or range of activities? TGV’s peer support staff present a range of existing initiatives training opportunities and announce new ideas to come in 2021. Learn more about how community members are supporting each other and accessing resources. How can we help?
ABOUT THE HOSTS

Eliki (Alec) Reade is an emerging producer, artist, and community arts facilitator who is of kailoma-Fijian heritage. They are invested in representations of autonomy within the diaspora and wider Oceanic communities with their work co-facilitating Community Art Collective New Wayfinders (NWF). Eliki is intrigued by many forms of storytelling and the ways it is creatively embodied, engaging with work that centres the practice as a form of liberation, analysis and connection. Their producing practice covers various forms across performing arts including live music, parties, poetry and spoken word, workshops, experimental and digital art. Eliki currently volunteers with Pacific Climate Warriors, is a curatorial advisor for Science Gallery and is a member for both the Brimbank Arts Advisory Committee, and SEVENTH Gallery Board as an Engagement Liaison. Alec is also a member of the Theatre Network Australia’s programs - Victorian Independent Producers Initiative Lab and Power Play. * Sam Elkin is a writer and radio maker living on unceded Wurundjeri land. In 2019, Sam was a Wheeler Centre Next Chapter recipient, and he is currently working on a debut essay collection. Sam has produced a number of radio shows including Transgender Warriors (Joy 94.9), Queer View Mirror (3RRR) and Transdemic (Lipp Media), which won the 2020 GLOBE Community Award for Excellence in LGBTIQ Media Reporting. Sam founded the Roberta Perkins Law Project, and is currently working on a trans and gender diverse writers anthology. * Joshua Francis is an arts producer advocating for LGBTIQ+ and multicultural communities. They have worked across Australia and internationally for organisations such as Arts Centre Melbourne, Next Wave, Multicultural Arts Victoria, Battersea Arts Centre and Komunitas Salihara. Josh’s practice has been funded by the Australia Council for the Arts, Creative Victoria, Asialink and local government. They are currently a participant in the Victorian Independent Producers Initiative provided by Theatre Network Australia and are a new member of Switchboard Victoria’s QTIPoC Advisory Committee. As Events Coordinator, Josh is shaping projects that will take place throughout the next six months, organising and managing events for Victorian trans communities to congregate, celebrate and socialise (virtually and in-person).

12.30AM – 1.15PM
With Eliki (Alec) Reade, Sam Elkin and Joshua Francis
Join independent producers and community facilitators to unpack what makes a “successful” project. How do you identify goals, manage complex needs and be happy with project results? Is there a difference between short term impact and sustainable culture change?
ABOUT THE HOSTS

Dragan Zan Wright is a non-binary transgender psychotherapist who works with complex trauma and gender, sexuality and relationship diversity. He conducts therapeutic and supervision sessions. Dragan is a survivor of complex trauma and weaves his lived experience with fourteen years of therapeutic practice into his facilitation of numerous programs. This includes eight years of presenting trauma informed/complex trauma workshops throughout Australia for the Blue Knot Foundation as well as running his own workshops in ‘Trauma Informed Gender Affirmative Care,’ ‘When Complex Trauma and Gender Diversity Intersect,’ ‘Resilient Practice,’ and ‘Gender, Sexuality and Relationship Diversity.’

2.00PM – 3.30PM
With Dragan Zan Wright
In this 90-minute webinar, you will look at the impacts of complex trauma for trans, gender diverse and non-binary people and how to utilise the principles of Trauma Informed Practice in order to create an environment that attends to safety and inclusion, both for those accessing support and peer workers. You will learn about creating consciously-inclusive and 'safe enough' environments with non-binary, transgender psychotherapist Dragan Zan Wright.
ABOUT THE HOSTS

Sumarlinah (they/them) is a community organiser and creative living on Wurundjeri country. They studied human geography, and are particularly interested on how we design spaces, move in them, and can change them. Sumarlinah has been involved in community campaigning, project and workshop design, and advocacy for close to 10 years. They are passionate about uplifting and supporting people in the LGBTQI+ community, and in particular fellow QTIPOC (queer people of colour). Sumarlinah is the creator of transomatics, a somatic practice which aims to create space and time for trans people to encounter and build relationships with their own bodies.

3.30PM – 4.00PM
With Sumarlinah Winoto
Join Sumarlinah for an online Transomatics practice to connect with our bodies. Transomatics is a project and practice developed for the trans and gender diverse community to help deal with gender dysphoria.
Thursday 18 February
ABOUT THE HOSTS

Nevo Zisin is author of award-winning Finding Nevo, a memoir on gender transition and upcoming The Pronoun Lowdown set for a March 2021 release. * Laniyuk is a Larrakia, Kungarakan, Gurindji and French writer and performer of poetry and short memoir. She contributed to Colouring the Rainbow: Blak, Queer and Trans Perspectives in 2015, and has been published online, and in print poetry collections. She received Canberra’s Noted Writers Festival’s 2017 Indigenous Writers Residency, Overland’s 2018 Writers Residency and was shortlisted for Overland’s 2018 Nakata-Brophy poetry prize. * Nikki Viveca is a multi disciplinary artist, whose work encompasses standup comedy, performance poetry, dance, theatre and improv. She is a cast member of Gender Euphoria - nominated for Best Production (Cabaret) in the 2020 Green Room Awards – and was the winner of the 2019 Midsumma Poetry Slam and 2019 Trans Poetry Slam.

9.30AM – 11.00AM
With Laniyuk, Nevo Zisin and Nikki Viveca
What is your writing process? How do you manage the public perception of who you are? Is it challenging to deal with trolls and backlash? Nevo Zisin - queer, non-binary, Jewish writer, activist and public speaker - will host a panel of established writers from the LGBTQ community. Nevo will pick their brains, to learn about the good and bad parts about sharing your life in public.
ABOUT THE HOSTS

With Rani Pramesti and Joshua Francis

Finding Allies And Getting Support

11.00AM – 11.45AM
With Rani Pramesti and Joshua Francis
How do you get support in order to do peer support? Do you need a grant or is it better to recruit volunteers? How do you keep going when the money or human energy runs out? Rani and Josh explore different ways of getting started and how to keep going when the going gets tough.
ABOUT THE HOSTS

Six Inches Uncut – cabaret deviant, smut poet, really bad drag queen. A stylish assemblage of grease, paint and gaffer tape, Six Inches Uncut staggers around somewhere between the gorgeous and the grotesque, harnessing a terrifying mixture of trash and treasure to create passionate moments of play with their audience. They have strutted and fretted in front of crowds all over Australia, with their shows Shoot to Kill, Gale Force Wins!!!, TAINT and, most recently, the “ornithological masterpiece” (Australian Arts Review) BIRDOIR. Find them online as @sixinchesuncut

1.00PM – 2.00PM
Hosted By Six Inches Uncut With Guest Artists
A lunchtime variety show-meets-cabaret, to have some fun after two days of learning & listening. Celebrate with some big talents from our trans and gender diverse community, whetting your appetites and stimulating a hunger to get involved in more creative projects throughout the year. This event will be hosted by cabaret deviant Six Inches Uncut, with guest artists.

PressGlossaryDonateContact
facebook-ftwitterinstagram
We acknowledge the Wurundjeri, Boonwurrung, Taungurong, Dja Dja Wurrung, and Wathaurung peoples of the Kulin Nation as Australia’s First People and Traditional Custodians of the land where we work.
© Transgender Victoria 2021